We provide a Karate-do curriculum for adults and children in 17 studios in Ehime-ken.

TAKAMI-KARATE Dojo is now accepting applications for enrollment. Please visit TAKAMI-KARATE Head Dojo/Office anytime you want. If you have any questions, please feel free to contact us.

If you want to observe or try a karate class, please contact us and visit TAKAMI-KARATE Head Dojo/Office before the class.

If you miss an entire month of training, the monthly charge is ¥1,000.


The founder of KARATE-DO TAKAMI-KARATE 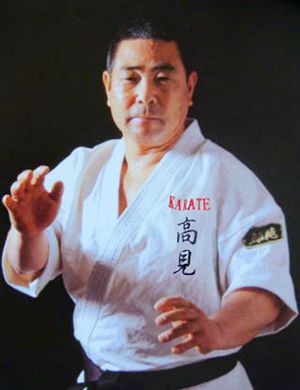 Born in 1939.
In 1966, Soshi met Mas Oyama and decided to study karate at International Karate Organization (IKO) Kyokushin kaikan.
Under the order from Mas Oyama, Soshi set up the Ehime-ken Nanyo Branch (later became Ehime-ken Branch) and he was appointed as the branch manager in 1979.
Four years later, Ehime-ken Nanyo Branch hosted the 1st Shikoku Karate-do Championship. This championship was the first full contact tournament in the western Japan. After that, Soshi successively held the important posts in IKO Kyokushin kaikan.
In January 2014, Soshi became independent from Kyokushin kaikan and founded KARATE-DO TAKAMI-KARATE. 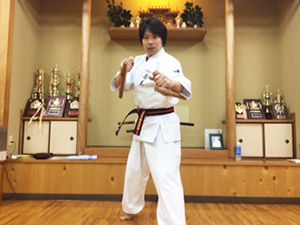 Born in 1966.
In 1974, Hanshi entered Sikoku Branch of IKO Kyokushin kaikan.
In 1985, he moved to Tokyo and became an uchideshi (live-in student) of Shihan Yuzo Goda at the East-Tokyo Branch of IKO Kyokushin kaikan. Three years later, he moved to the United States to study karate under Saikoshihan Yasuhiko Oyama at the Honbu Dojyo of World Oyama Karate in Alabama. And he studied under Soshu Shigeru Oyama, Sensei Willie Williams, and Sensei Chuck Chism. Gradually, Hanshi became a karate-do and self-defense instructor at Samford University in Birmingham, Alabama.

（He won all the matches with the players from other schools.）

In 2005, he assumed the Ehime-ken branch manager of IKO Kyokushin kaikan and instructed numerous karate fighters as a specially appointed coach for Shikoku-area. He trained members of the national team and a champion of All Japan Open Karate Tournament (light-weight division). 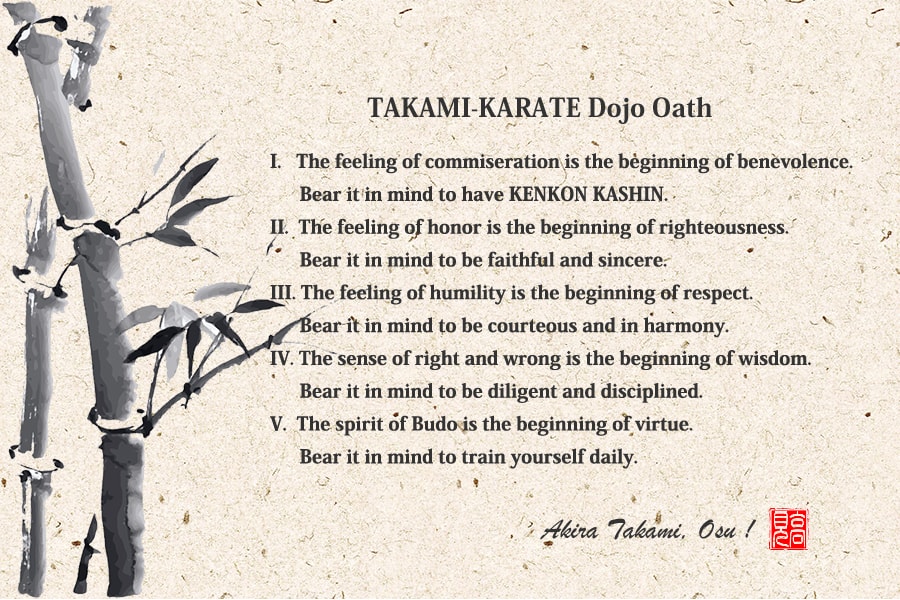 一に曰く、惻隠の心は仁の端なり 拳魂歌心を宗とせよ
I. The feeling of commiseration is the beginning of benevolence. Bear it in mind to have KENKON KASHIN.

二に曰く、廉恥の心は義の端なり 信義誠実を宗とせよ
II. The feeling of honor is the beginning of righteousness. Bear it in mind to be faithful and sincere.

三に曰く、辞譲の心は禮の端なり 礼譲親和を宗とせよ
III. The feeling of humility is the beginning of respect. Bear it in mind to be courteous and in harmony.

四に曰く、是非の心は智の端なり 勉励修養を宗とせよ
IV. The sense of right and wrong is the beginning of wisdom. Bear it in mind to be diligent and disciplined.

五に曰く、武道の心は徳の端なり 日々鍛練を宗とせよ
V. The spirit of Budo is the beginning of virtue. Bear it in mind to train yourself daily.

･KENKON KASHIN is one of the traditional concepts of samurai spirit. It means that only toughness does not define Samurai. Samurai shall be physically strong and culturally civilized, and keep calm and merciful even on the battlefield.

･TAKAMI-KARATE Dojo Kun, based on the concepts of Mencius (The Four Beginnings) which deeply influenced the way of Samurai, reflects the spirit of Mas Oyama.


Buki Jutsu - The art of weapons - 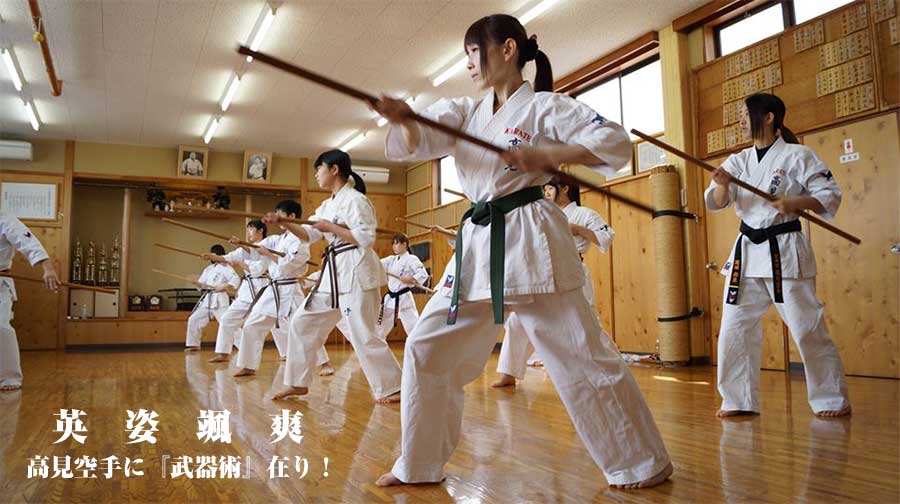 
The voice of students 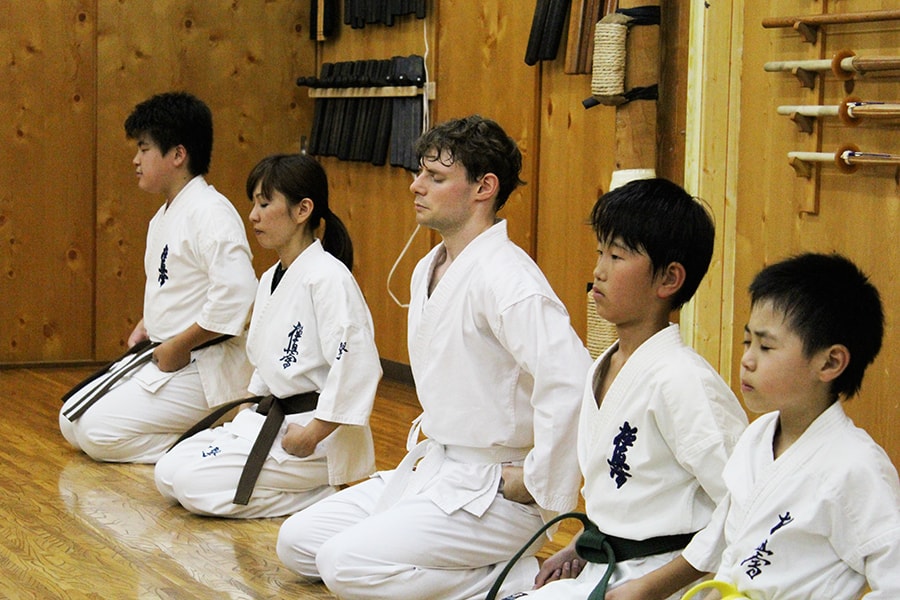